History of the Steamboat 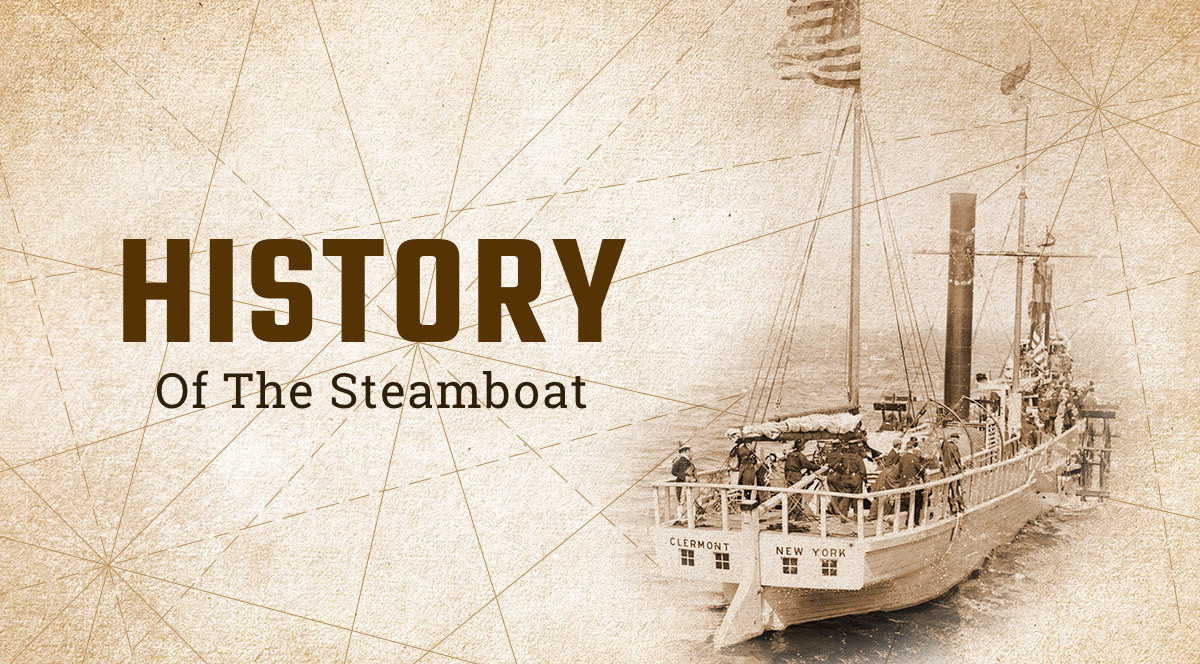 In 1769, Scotsman James Watt patented an improved version of the steam engine that powered its way into the Industrial Revolution. It also inspired other inventors to apply steam technology to other innovations, such as boat propulsion, which created a revolutionary boon to the transportation industry in the United States.

The first steam boat to paddle its way down an American river was invented by John Fitch. This 45-footer successfully made its way down the Delaware the summer of 1787. Fitch went on to build even larger vessels that hauled both passengers and freight from Pennsylvania to New Jersey. He continued steam boat construction into the late 1700’s to promote steam-powered ships for transportation, using ranked paddles, paddle wheels and even screw propellers for propulsive force. While Fitch had a mind for engineering, his business skills were lackluster. After losing investors to more business-savvy inventors, his business sank.

After a stint building and operating a submarine in France, Robert Fulton turned his eye to making steamboats a commercial success, which he did so well that he became known as the “father of steam navigation.” Born in Pennsylvania in 1765, Fulton went on to become a painter, until health issues prompted a move to London, where his keen interest in science and engineering spurred him to pursue steam-powered applications.

After securing a variety of English steam-engine related patents, political conflicts in Europe led Fulton to develop submarines, mines and torpedoes to fend off pirates, culminating with the development of a diving boat he aptly named the Nautilus. Then, in 1802, he was contracted to construct a steamboat by Robert Livingston for use on the Hudson River. Five years later, Fulton was back in the states for the inauguration of the Clermont and the first commercial steamboat service in the world.

The Clermont made history on August 7, 1807, after making a 150-mile trip from New York City to Albany. At the average speed of five miles-per-hour, this historic journey took 32 hours. The New Orleans was designed four years later, servicing passengers and freight along the mighty Mississip. Fulton continued his business relationship with Robert Livingston and his brother, constructing more steamboats that serviced the south.

In 1816, inventor Henry Miller Shreve made his mark in steamboat history when his boat, Washington, voyaged from New Orleans to Louisville, Kentucky in just twenty-five days. As advances in engineering and construction materials continued to improve, vessel design followed suit. Between 1814 and 1834, steamboat cruising into New Orleans skyrocketed from 20 to 1200 a year! By 1853, a steamboat trip from the Big Easy to Louisville took only four and a half days.

As the go-to method for transporting agricultural and industrial supplied, steamboats continued to bolster the economy. However, when the railroads eventually adopted steam power, it wasn’t long before locomotives became the preferred mode of transportation for both people and goods.