American History of the Boiler: Chapter One 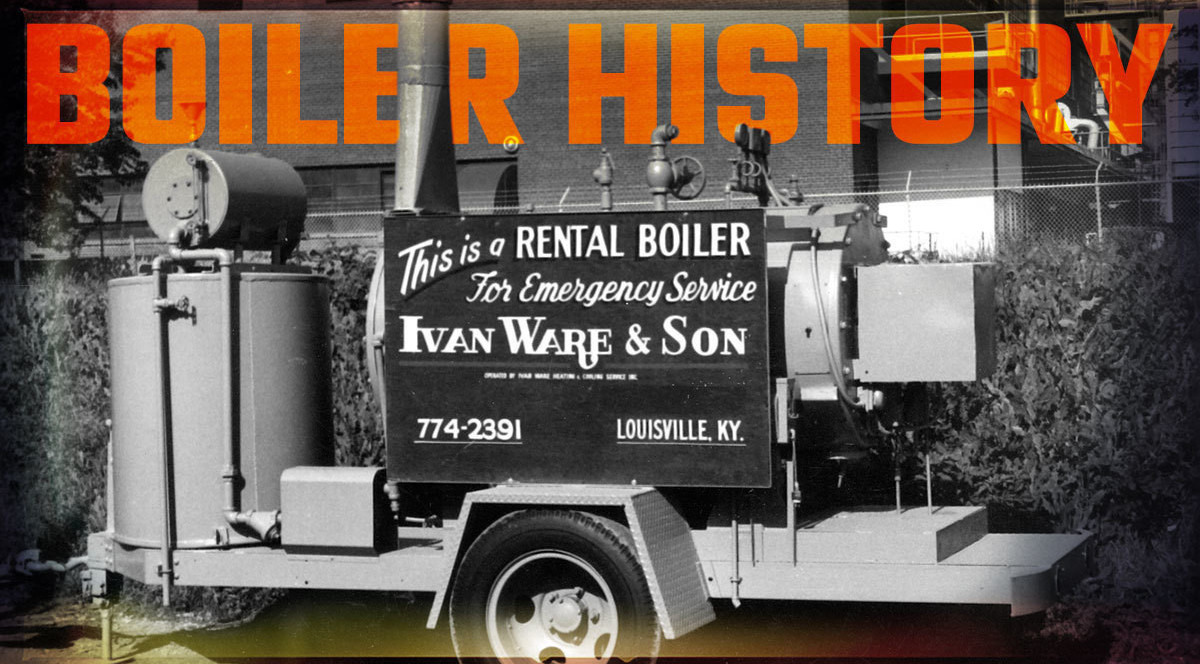 Through the years, we’ve all come to love the power and reliability of steam heat – just a load of this vintage model that was one of our very first rental boilers! But like every great invention, boilers have a rich history. In this new blog series, we’re going to take a look at some of the milestones in the evolution of the modern boiler and marvel at how far we’ve come.

Boilers were first invented in the late 1700s, when the kettle boiler was introduced. This primitive heat source was simply a kettle filled with water and placed over a firebox. The resulting steam would warm small areas, helping stave off frostbite or hypothermia in extreme winter weather. It wasn’t until much later that the first convection-type boiler was invented.

While there is some debate about who actually developed the first convection boiler, most boiler historians agree that George Babcock and Steven Wilcox are among its founding fathers. In 1867, Babcock and Wilcox patented their design, which used tubes inside a brick structure to generate steam. In 1891, they formed the Babcock & Wilcox Company in New York City.

Also in 1891, the Stirling Boiler Company was getting its start in Baberton, Ohio. The Stirling Boiler was much larger and used three drums to circulate the water and steam flow through the boiler. Their eighth boiler design was called the H-type Boiler and was commonly seen on steamer vessels and in industrial buildings.

By 1907, the Stirling Boiler Company and the Babcock & Wilcox Company had merged, renaming their boiler the H-type Stirling. It quickly became one of the best-selling boilers of the era, producing up to 50,000 pounds of steam per hour.

The competition for boilers was heating up in the late 19th century, with boilermakers across the country rolling out their own designs. Manufacturers like the Grieve Grate Company made a traveling grate at the bottom of the boiler to transport the lump coal fuel across the inside of the boiler. In this model, as the fuel traveled, it burned and the ash would drop into a hopper. The Grieve Grate Company joined forces with the American Stoker Company in 1912 to create the Combustion Engineering Company.

These early adopters of boiler technology were instrumental in framing the world as we now know it. Their advances gave rise to an entirely new industry, and power companies began springing up across the country. Many cities and towns built their own utility companies to help manage and distribute power. We’ll be covering the rise of the power industry in our next installment of Boiler History. Until then, enjoy more fun facts and interesting experiments in steam by following our YouTube channel!