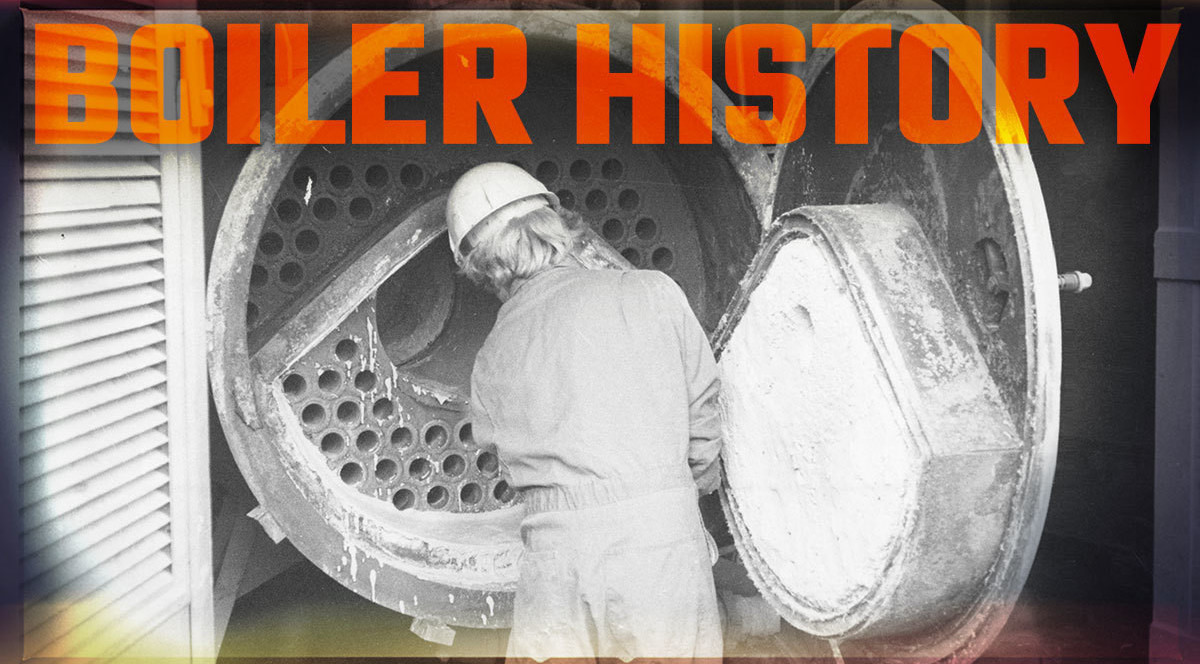 In the first chapter of our new Boiler History series, we looked at the invention of the steam boiler and its rise from a simple kettle on a fire to a turn-of-the-century mechanical marvel. We left off with pioneers like George Babcock and Steven Wilcox, and firms like the Stirling Boiler Company and the Grieve Grate Company, competing to produce the best boilers, while Americans were coming to depend on the safe, reliable heat they provided.

Demand from consumers gave rise to a new national industry: the energy industry. Early utility companies formed to generate and distribute power to houses and small businesses alike, and many towns quickly followed suit. Larger cities often had multiple utility companies, some of which housed up to 16 boilers to meet consumers’ ever-growing demand for electricity.

It was all the new power companies could do to keep up with consumer demand, which left large industrial companies to figure out how to generate electricity and steam for themselves. This led to the first evolution in boiler design: the brick-faced boiler. However, these early industrial boilers were flawed, as severe furnace conditions would exceed the temperature limits of the boilers’ brick walls. The need for a safer, more reliable industrial boiler was clear.

That brings us to the early 1920s when the tube-and-tile boiler was born. The new design was safer to operate and more thermally efficient, with large, widely spaced tube walls to help cool the surface temperature of the bricks.

This design gave the utility industry new life. Inspired by the innovation, titans of the day—including the Babcock & Wilcox Company, Union Ironworks and the Trane Company—raced to create their own versions of the tube-and-tile boiler. Each company produced entire lines of the boilers for various uses. The Babcock & Wilcox Company offered boiler models ranging from a two-drum boiler capable of producing up to 54,000 pounds of steam per hour to a model capable of producing 100,000 pounds of steam per hour. Modern boiler companies like Victory Energy trace their roots to these early advances.

These innovations gave rise to a decades-long period of growth and specialization in the boiler industry. Over time, old-fashioned power plants would become obsolete, but the spirit of exploration and curiosity that led to the earliest evolutions of the steam boiler would carry Americans through war and peace, feast and famine. We’ll take a closer look at the boilers of the 1950s and 60s in the next installment of Boiler History.