Armstrong Traps: More Than Ever, Better Than Ever 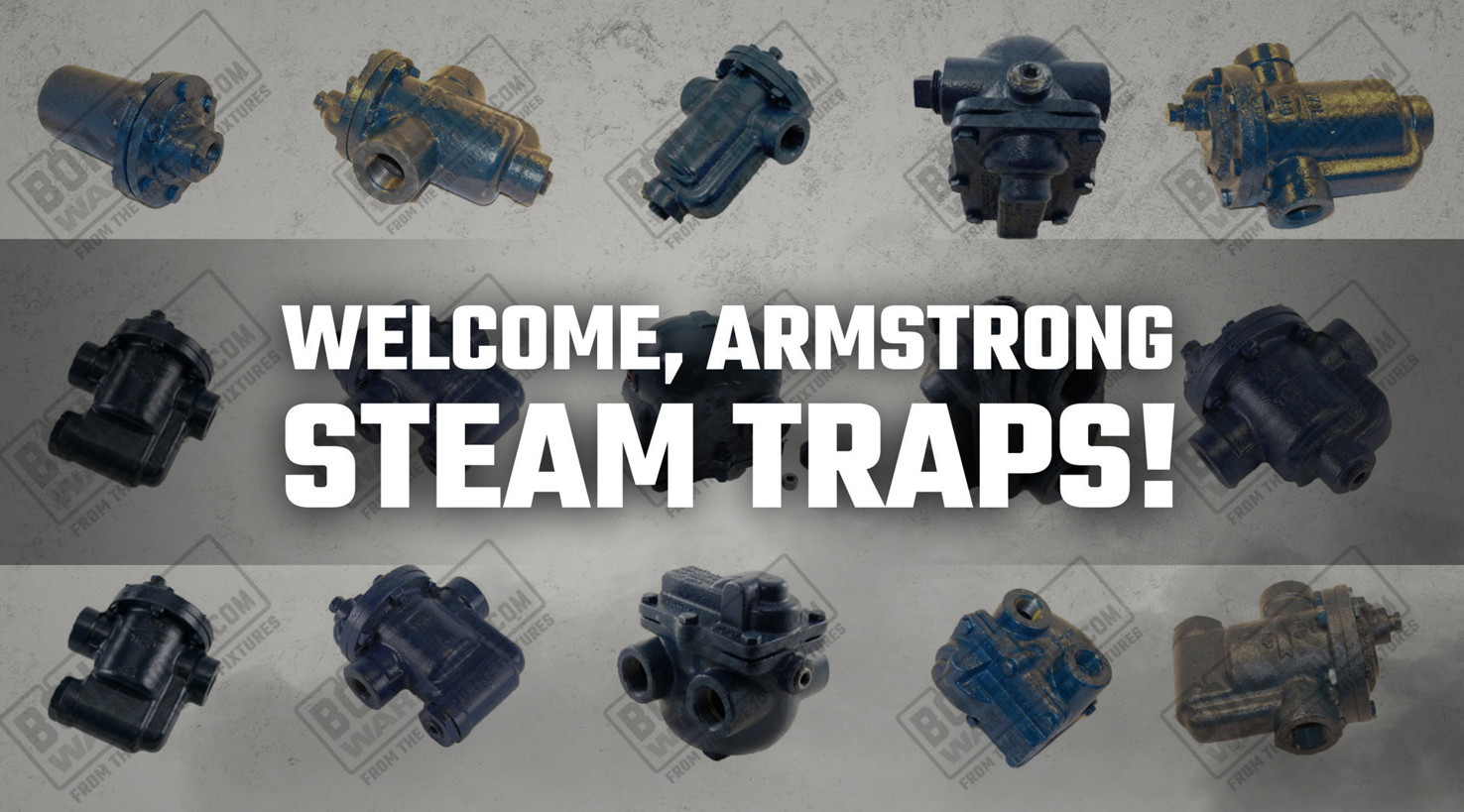 WARE is all about bringing the best products, service, and support to boiler users across the country. In order to uphold our reputation for honesty, value, and dependability, we’re pretty particular about the products we stock. Not every manufacturer out there can make the cut, so when we do add a new product, you can bet it’s been carefully vetted, tested, and proven. After all, we’re going to put our name on its reputation.

We’re pleased to announce a new product line that we’re stocking in our parts department: Armstrong Steam Traps. We carry a full line of Armstrong Inverted Bucket Traps, and Armstrong Float and Thermostatic Traps. These tough, reliable condensate traps help preserve performance and system integrity by separating out the water in your steam circuit, preventing it from impeding heat transfer and damaging process components.

The Armstrong Inverted Bucket Trap looks like it sounds. Inside, an inverted, one-ended cylinder is suspended in place inside a larger cylinder that is partially filled with condensate. Steam flows upwards from the bottom of the trap, filling the bucket and keeping it buoyant. As long as there’s enough steam pressure to keep it in the air, the lever connected to the bucket will keep the drain valve sealed to prevent any pressure loss. Once enough condensate forms to displace the steam keeping the bucket afloat, the bucket begins to sink. As it does, it pulls the lever connected to the drain valve to allow the condensate to escape.

The B That Gets an A+

The other steam trap we’ve added to our product line is the Armstrong Float and Thermostatic Steam Trap, Type B. As its name suggests, it uses a combination of thermodynamics and static pressure to remove condensate from your system without losing steam pressure. Armstrong Float and Thermostatic Steam Traps are excellent at providing two critical functions in your steam circuit. First, they allow condensate to drain. Second, they provide continuous, high-volume venting of air.

Just Have to Vent

Air and other noncondensables don’t have the same thermodynamic properties as pure steam. Because of that, they introduce temperature differences whenever they’re present in a steam trap valve. When air and other noncondensables cause the temperature inside the steam trap to drop a few degrees below the saturation point, a venting valve opens and the unwanted gases flow out. Because they’re fully mechanical and powered by pressure and temperature, Armstrong Float and Thermostatic Steam Traps are simple, reliable, durable, and dependable.

If you need an Armstrong Steam Trap installed, or if you need any kind of parts or service for your boiler, WARE is here to help. Contact us today.