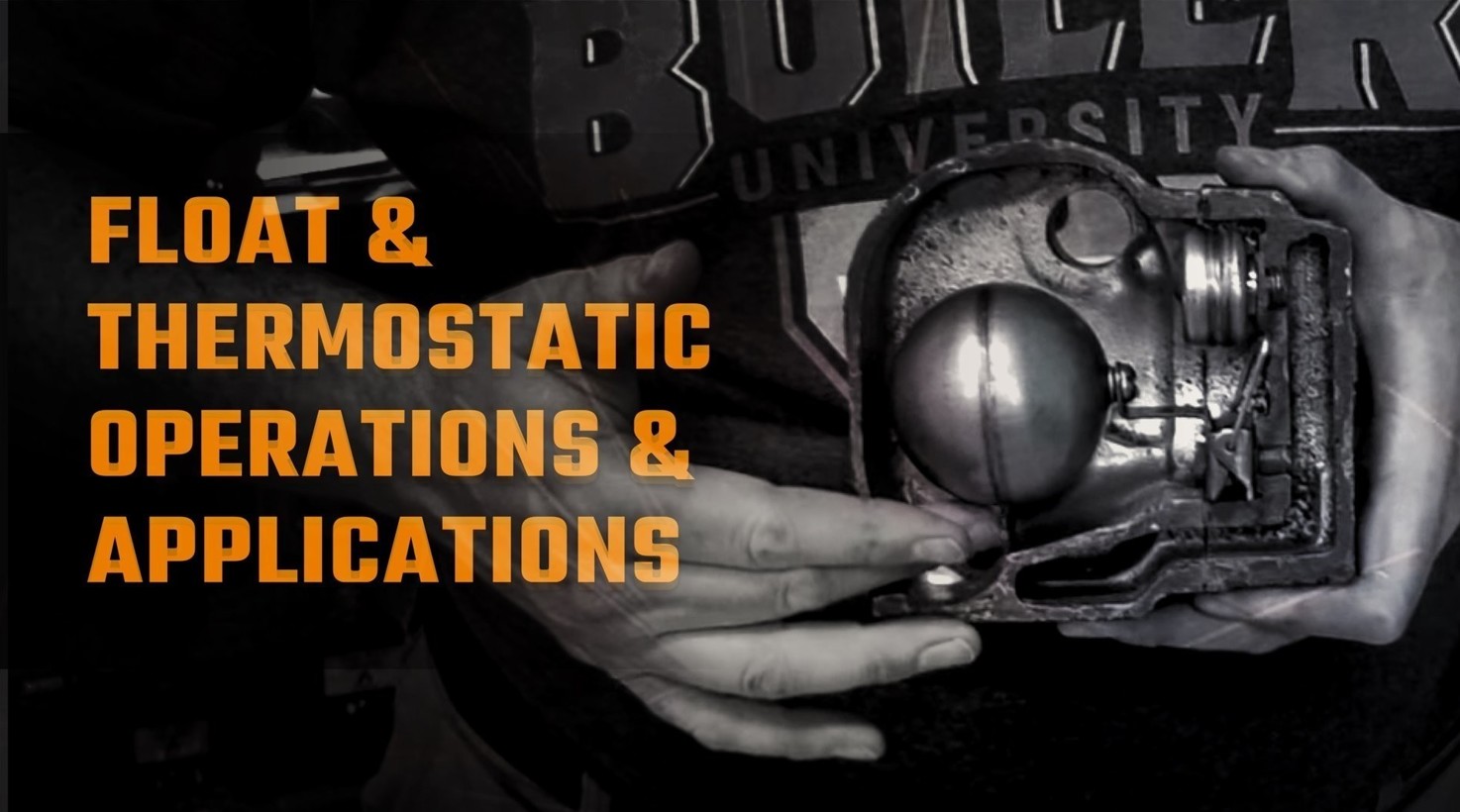 At certain points in the steam circuit, the steam will cool enough to condense back into water. It’s pretty much unavoidable. Unfortunately, that water needs to get removed, because the less condensate there is in your system, the more room there is for the steam that actually does the work. What’s more, if too much condensate accumulates in the system, it can cause corrosion or even steam hammer. So that condensate’s got to go.

Enter the steam trap. Specifically, the float and thermostatic steam trap, one of the most reliable and versatile ways of getting water out of places you don’t want it. That way, your system can run properly, and efficiently.

Inside a float and thermostatic steam trap, you’ll find… surprise… a float. As condensate collects and water begins to fill the bottom of the trap housing, that float starts to rise. When it does, it opens a drain valve that lets the condensate escape without losing steam. Eventually, the trap reaches an equilibrium point where the condensate drains as fast as it’s created. That translates to less wasted steam, and better system efficiency.

Now you know about the float part, so what about the thermostatic part? That’s where another of the float and thermostatic trap’s strengths come in, because it also helps to purge air. Remember, when your goal is to deliver steam, air can affect your heat transfer efficiency.

Inside the trap, you’ll find a temperature-controlled valve that seals tighter as the temperature rises. When the system is cold, air is purged. As the boiler system heats up, the valve seals, so steam won’t escape after the air is removed. This ability to remove air makes float and thermostatic traps indispensable during system startup.

While float and thermostatic traps are ideal for a wide range of boiler systems, they’re particularly effective in applications where rapid temperature changes can bring rapid phase changes with them. For example, in steam kettles. Because of their large capacity, rapid draining, and low temperature differential, they are also well-suited for the drip legs in low-pressure boiler systems.

If you need a float and thermostatic steam trap installed, WARE carries a wide range of them for every kind of system out there. If you need anything else as far as service, installation, or maintenance, we’re here to help with that, too.