HISTORY OF THE WATER HEATER 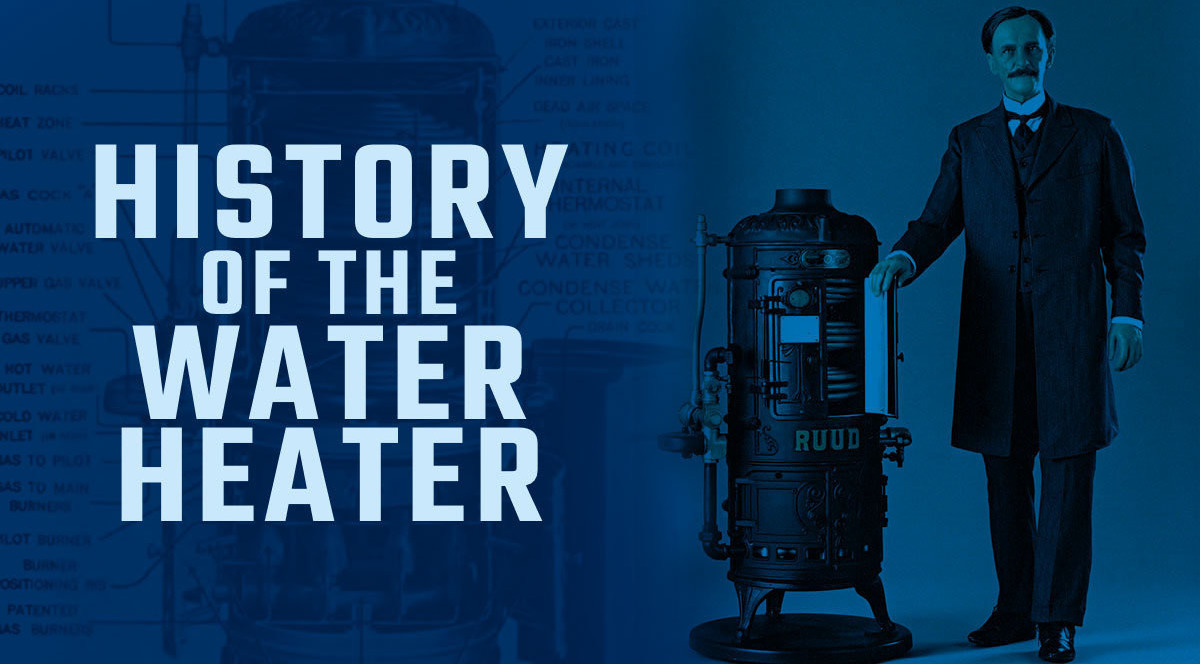 Every time you step into the shower or bathtub, soothing hot water is available with a simple flick of your wrist. You can thank Edwin Ruud, because it wasn’t always like that. Up until Ruud’s brainstorm, bathing was an entirely different affair that usually occurred only once a week.

Often referred to as “Saturday night baths,” the process started by rolling a large metal tub into the kitchen and putting several pots of water on the stove. The hot water was poured into the tub, along with a handful of soap flakes, and the bubbly soup was ready for the first bather.

Tradition catered to the youngest first, with Dad usually last in line to scrub up, with more hot water and soap flakes added with each bather. It was not unusual for the last bather to throw dirty clothes into the soapy lukewarm bath water to soak overnight.

As people across the country were busy rolling their metal tubs in and out of the kitchen, in Pittsburgh, Pennsylvania, a Norwegian mechanical engineer named Edwin Ruud was busy developing water heating technology for George Westinghouse at the Fuel Gas and Manufacturing Company. Ruud’s first patented device successfully heated water, but once the water was heated, it needed to be used immediately as it would eventually go cold -- the same problem that plagued our Saturday night bathers.

The object of Ruud’s design improvement was "to maintain the supply of water at the desired temperature at all times." Soon after unveiling his new design, he founded Ruud Manufacturing, where he began to manufacture and popularize industrial water heaters for in-home and commercial use.

Ruud’s company has grown into one of largest manufacturers of quality heating, cooling and water heating products in North America. Kind of like how Ware is one of the top boiler and chiller rental businesses in the United States. You can learn more about that here.

So, next time you find yourself singing in the shower, you can sing Ruud’s praises as his inventiveness has made everyone’s bathing a lot more convenient...and more than just Saturday nights.