How a Firetube Steam Boiler Works

Fired Up Through and Through 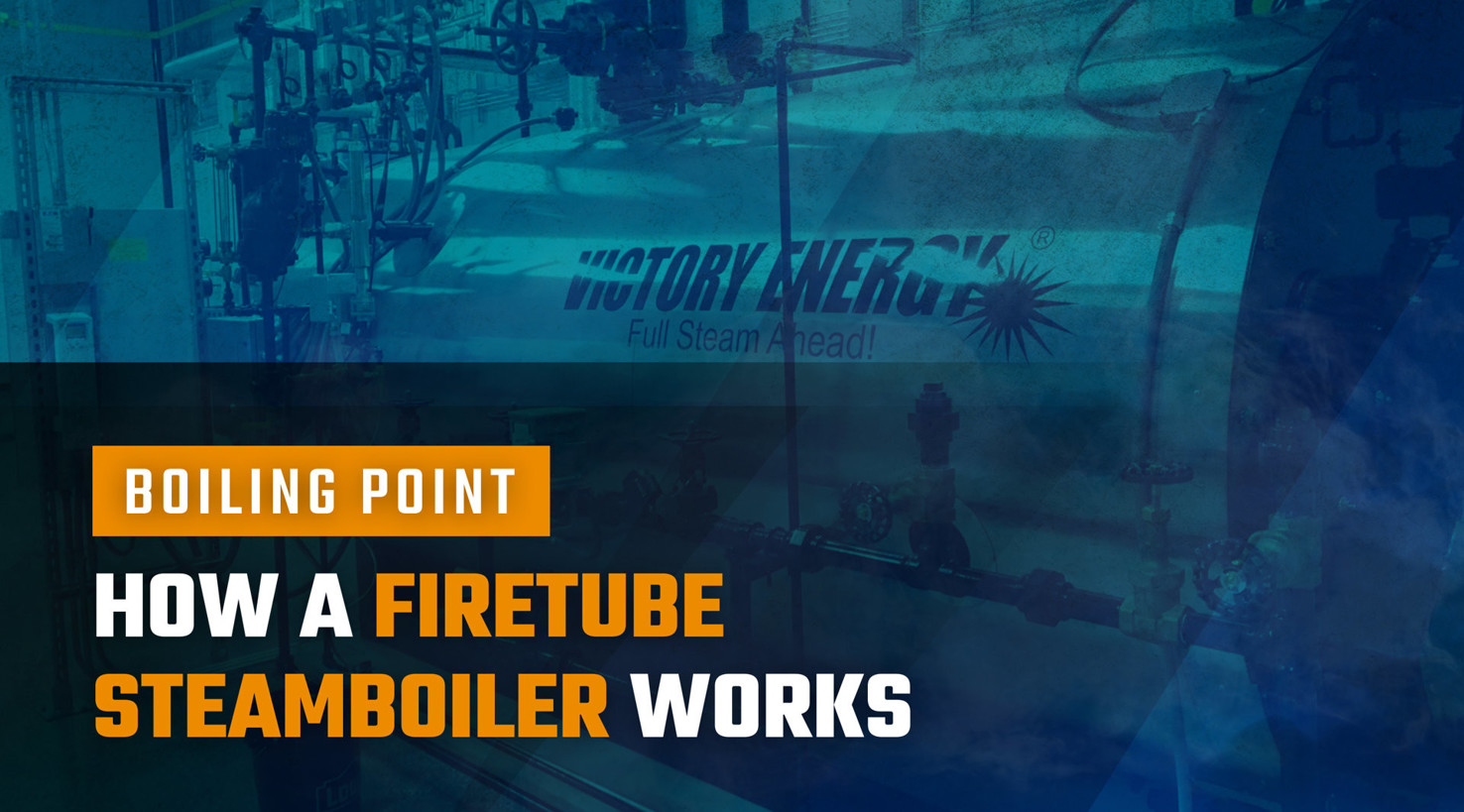 A boiler is basically a large cylindrical tank that’s sealed at both ends, filled with water, and heated to produce steam. There are different ways to transfer the heat from the burner to the water itself, some more efficient than others. One of the best designs is found in a fire tube boiler system, which uses a series of tubes and pipes to create more heat-transferring surface area within the water.

The boiler tank in a fire tube boiler is actually a large cylinder with a series of smaller, hollow cylinders inside it. The largest of these cylinders is found in the center, and it’s known as the morrison tube. When the boiler is in operation, a large flame is fired down that center morrison tube, creating a jet of heat and combustion gases that flows down the length of the boiler. While that does create a lot of hot surface area to transfer heat, a fire tube boiler actually increases the heat transfer by adding more surface area.

When the heat and exhaust gasses get to the far end of the boiler, they are diverted 180 degrees and passed back through the water, travelling through several sets of smaller tubes that surround the main flame tube in the center. Once they reach the front of the boiler again, in a 3-pass boiler, they do another U-turn and pass through the water one last time before heading to the exhaust stack. That way, the fire tube boiler can squeeze every last bit of usable heat out of them.

Up Up and Away

In a fire tube boiler, the main tank isn’t completely full of water. The top 1/5 of the tank is actually empty. It’s known as the steam disengagement area, and it’s the point at which the boiling water and steam separate, with the steam flowing upwards and into the system itself.

Water tube boilers also provide efficient heat transfer, but as you can imagine, they work in the exact opposite fashion of a fire tube boiler. The center Firebox is surrounded by tubes filled with water, with the burner firing into the firebox and the gasses traveling all around the tubes to transfer heat and convert it to steam.

If you’re interested in a fire tube boiler system, a Rental solution, or any kind of boiler system, WARE has the expertise and inventory to get you up and running. We also specialize in the maintenance and repair of your existing system, so let us know how we can help!