Modulating Motors: On, Off, And Everywhere in Between 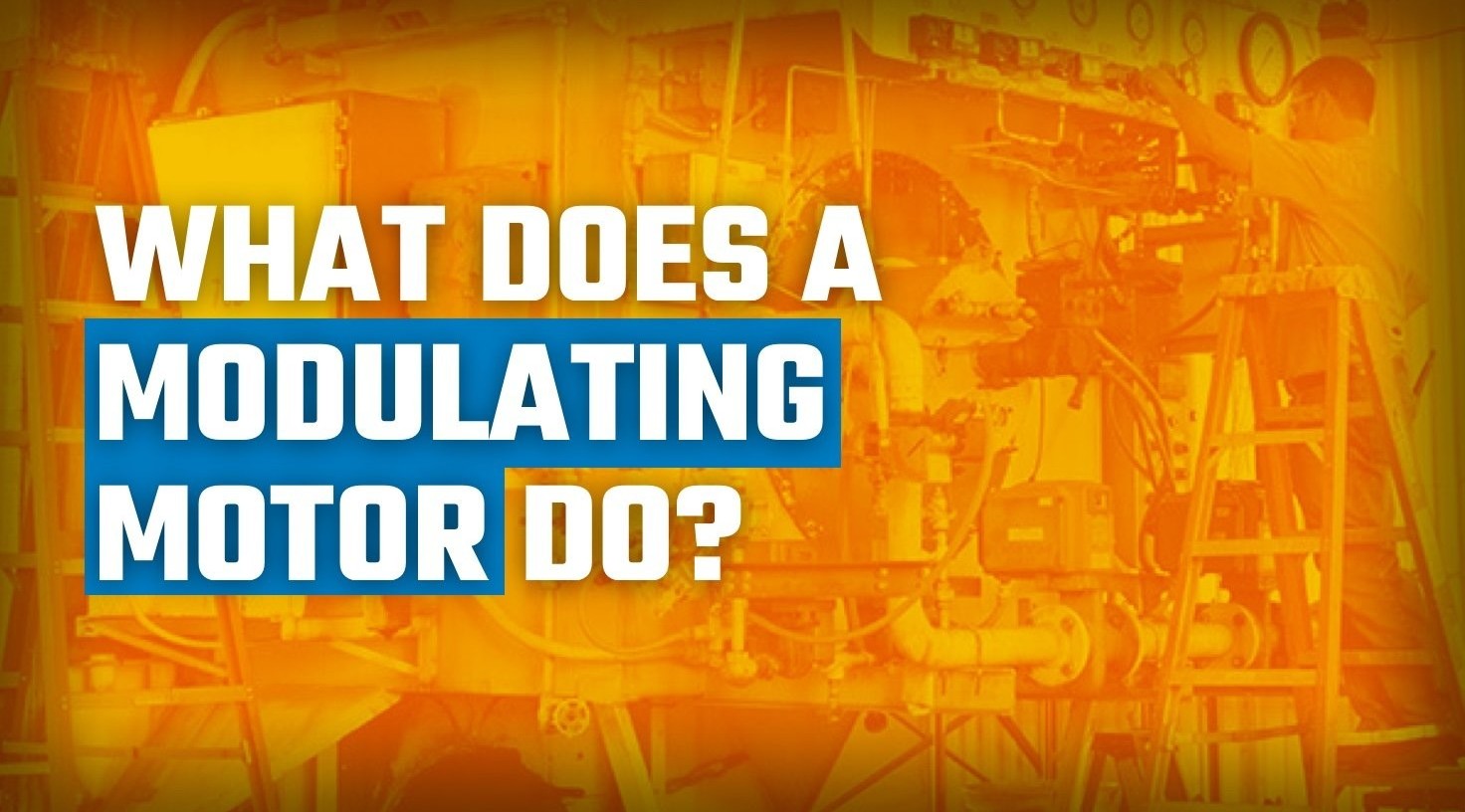 In a steam boiler system, modulating valves are used to regulate the position of dampers, feedwater valves, and often the linkages that control fuel and air intake levels on your burner assembly. Because they can stop and hold at any point in their travel, modulating motors allow you to fine-tune the combustion and water flow of your system to get the performance and efficiency you want.

Modulating motors need some sort of force behind them to overcome pressures and resistance. Most modulating motors are either electrical or pneumatic, and can control a wide variety of valves including ball valves, knife gates, and globe valves. No matter what kind of modulating motor you’re using, you’ll always get the best performance out of your system if your modulating motor is properly adjusted.

To help a modulating motor operate properly, there are three adjustments that need to be kept within specification: stroke, force, and alignment.

Stroke refers to the full range of travel that a modulating motor can undergo. To follow the lighting analogy used above, stroke is the distance between all the way on, and all the way off. If the stroke is misadjusted, the modulating motor may attempt to travel further than it is supposed to, or it may not travel all the way it needs to. This can cause damage to valves and dampers, and can also prevent them from opening and closing all the way.

Force refers to the amount of torque that a modulating motor exerts on the shaft that it turns to open or close the damper or valve to which it is connected. Every modulating motor should be rated for its intended application. If it generates too little force, the modulating motor won’t be able to close the valve or damper properly.

The final factor involved in proper modulating motor operation is alignment. This refers to the angle at which the motor connects to the damper or valve it’s supposed to control. If the modulating motor is not attached at the correct angle, it may end up twisting or bending the shaft of the valve or damper. That can prevent it from opening or closing properly.

If a modulating motor is properly aligned, rated, and adjusted for its intended application, it can help your boiler system operate safely, efficiently, and properly. If you’re experiencing any issues related to valve or damper operation, be sure to have your modulating motors checked and calibrated by a qualified technician.