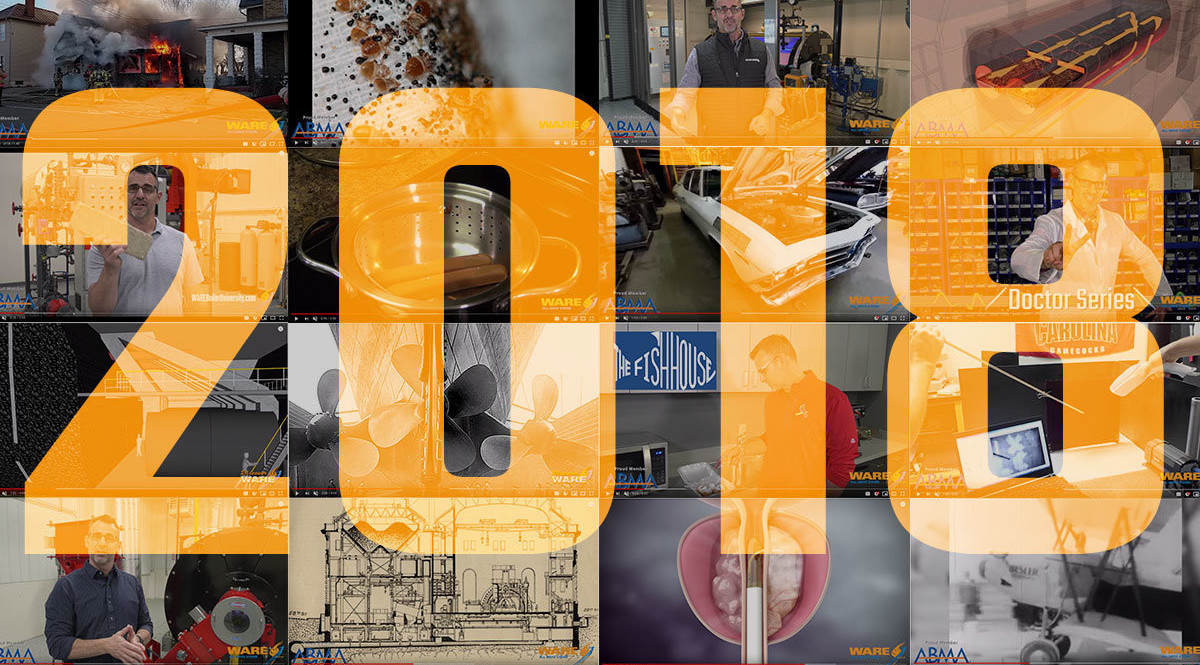 We created Steam Culture to show how steam has played a role in our society throughout history, and it has become one of our more popular video features. We enjoy putting these together, and look forward to the many fun steam-related stories we’ll be bringing you in the year ahead. Here’s a look back at some of our most popular episodes from the past year.

Steam can be used to create the very fabric of our lives, as it does at the Queen Street Cotton Mill in England, the last such mill powered by steam in the entire world. Restored in the early 1990’s, the mill has been converted into a museum where a double compound steam engine continues to power over 300 cotton looms.

Cotton flight scarves worn by the Besler brothers may have flapped in the wind as they piloted their steam-powered airplane. A Doble engine was used to propel the brothers skyward, but sadly, the weight and complexity of the engine kept the airplane from being a commercial success.

With our passion for all things steam, you could say that steam is in our blood, but did you know steam is used by crime scene investigators to help identify blood? It’s called steam thermography, and is often used when other blood-identifying chemicals may risk contaminating the crime scene.

Not only has steam been used to solve mysteries, it has become a valuable tool for the medical profession, as is evident in steam being used for a new treatment of Benign Prostatic Hyperplasia and varicose veins.

Steam has been used to power New York’s subway system and make such everyday items such as fire hoses, animal feed, and even bricks to build your house.

These steamy stories and others racked up close to a quarter million views this year, thanks in part to the 10,000 subscribers to our Steam Culture channel. Our episode on the Titanic’s steam engines still holds the record with over 140,000 views, with how to cook the perfect hot dog with steam a solid contender. Stay on top of your steam game and keep watching Steam Culture every Friday -- and if you have an interesting topic for a future episode, please let us know.