Having Issues with Your System? Check These Common Boiler Issues First 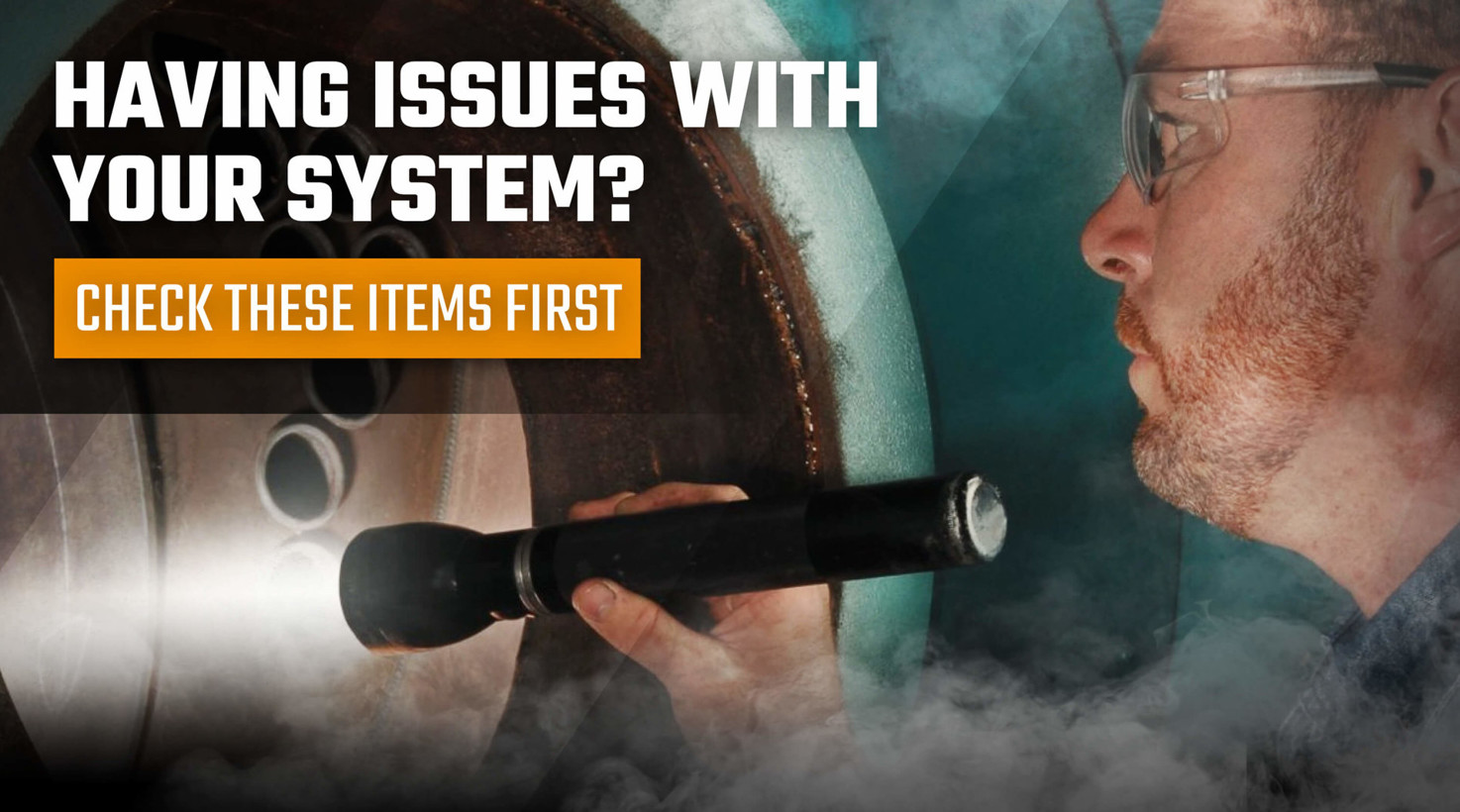 While a boiler operates on a simple principle -- turning water into steam -- it’s far from a simple piece of equipment. Everything inside a boiler needs to work together in harmony to maintain safe, efficient operation. If everything isn’t working together, a boiler will start to lose efficiency, which translates to wasted money in fuel costs. Believe it or not, though, most boiler problems come down to two main issues.

Water levels in a boiler can affect performance and efficiency like nothing else. In order to work at its best, a boiler must not only start with the right amount of water, it must also maintain that water level as it operates. If a boiler’s control system can’t accurately match the feedwater supply to steam production, the water level will get out of whack, and that’s when the problems start. If your boiler isn’t operating like it’s supposed to, start by checking the water level.

TOO LITTLE TOO MUCH TOO LATE

Too much water coming in will make your boiler bite off more than it can chew.  In other words, all that extra water will absorb heat, effectively cooling the temperature inside the boiler. That means lower steam production, and it means the boiler will have to burn more fuel as it struggles to make steam. If your boiler isn’t producing like it used to, or if it’s burning more fuel than normal, you may be dealing with an abundance of H20.

Too little water in the boiler is just as bad, though. When the water level drops below where it’s supposed to be, it can cause the water tubes to become exposed. If that happens, the parts of the tubes sticking out of the water will have nowhere to transfer their heat, and they’ll start to overheat. That means extra stress on the metal in the tubes, which means cracks, warping, or even ruptures. If your boiler is leaking, if it smells bad or smells “hotter” than normal, or if it’s making strange noises, make sure your water level is high enough.

Most of the time, water level problems are caused by the quality of the water itself. Without clean, properly softened water, a boiler’s entire waterside can start to lose capacity and performance, which will result in getting too much or too little water in the boiler tank.

If boiler water is too hard, the minerals and impurities it contains (especially iron) can react with the metal inside the boiler and cause corrosion. This corrosion not only weakens the boiler itself, but corrosion can also build up enough to displace the water the boiler needs in order to function properly.

Even if the water doesn’t have a lot of iron in it, it can still cause problems. Dissolved solids that aren’t removed by softening or proper filtration will settle on the surfaces inside the waterside. When enough of this scale builds up, it can rob the boiler of feedwater flow and water capacity. Scale can also act as a heat insulator, causing inefficiency in the boiler’s operation while also creating uneven heating across the waterside surface. It can also start to clog or impede the function of other parts of the boiler such as deaerators, sparge tubes, and the preheating system.

NOT FIRING ON ALL CYLINDERS

While the waterside can experience a lot of common issues, the fireside’s no stranger to them, either. The second most common cause of boiler issues has to do with the ability to make a consistent amount of heat to keep the water-steam equation in balance.

If a boiler can’t make enough heat, it won’t be able to convert very much water to steam. A lack of heat often has to do with the quality and consistency of fireside maintenance. Regular cleanings help prevent soot buildup, which can choke off burners and cause uneven heating. Burners also require regular inspection and tuning to make sure they’re within spec.

Without regular attention, the fireside can start to experience flameouts. When a flameout happens, excess fuel can start to build up around the malfunctioning burner. When that fuel reaches a nearby burner that is working properly, it’ll suddenly all ignite.  If your fireside is rumbling, make sure your burners are all up to snuff. Be sure to check your air dampers as well, because combustion problems can also be attributed to too much or too little air.

Another common issue in the fireside has to do with control linkages. As boiler controls do their job, they tend to move around. This movement creates friction, and friction creates wear. The more the control linkage components wear down, the more play will develop in them. While that play or slack may seem insignificant, it can create enough variation in the supply of air, water, or fuel to cause your boiler to perform poorly.

HOW IT ALL STACKS UP

Interestingly enough, one of the biggest indicators of boiler issues can be found at the tail end of the combustion cycle: the stack. If a boiler’s stack is running hot, that’s an indicator that something somewhere isn’t right, whether you’ve got too little water, too much fuel, or something else is out of spec. So keep an eye on your stack, and if it’s running hot, start looking for other issues that could be the cause.

If your boiler is acting up, remember, the professionals at WARE are always standing by to inspect, diagnose, repair, or replace the components in your system. Let us know how we can help.