How To Handle Things When The Pressure’s On 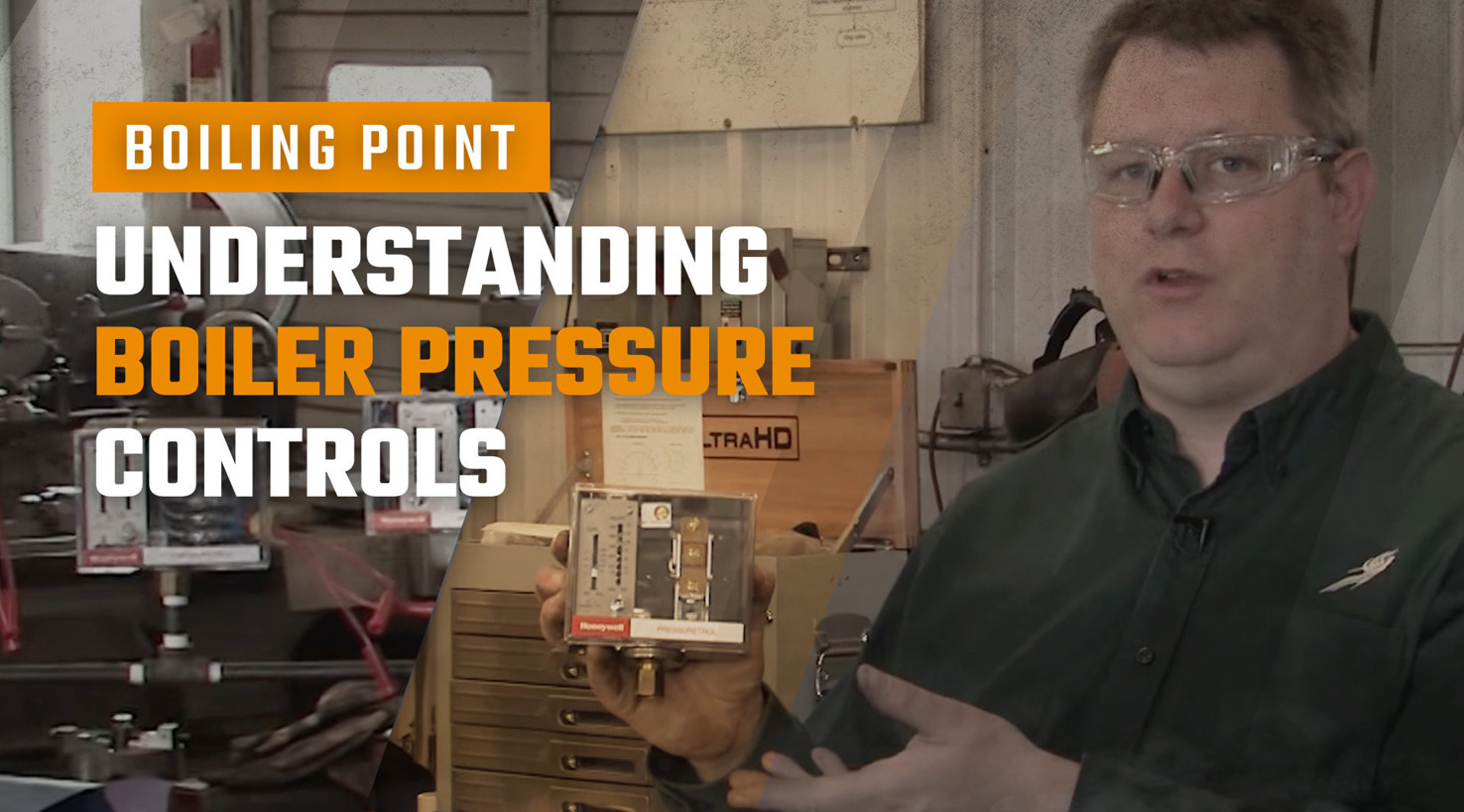 In order to maintain proper boiler operation, safety, and efficiency, you have to know what’s going on with the system. Proper operation is all about the flow of information; the boiler control system tells you its operating parameters, and you tell it what to do. One of the most important parameters involved, of course, is system pressure.

Because it’s so important, best practices dictate that a system should have multiple pressure monitoring sensors. This redundancy helps make sure that a simple fault in a gauge or sensor doesn’t lead to catastrophic consequences. In fact, because a boiler system is producing and moving so much energy, it’s a good idea, and a safe one, to build redundant monitoring into every part of your boiler system.

In fact, despite what many people think, the operating control’s main function is to shut down the system if pressure gets too high. The pressure setting is usually calibrated to shut the system down if it goes above the highest limit of normal system operation, with a slight margin built in for pressure surges. For example, if your system is designed to operate at 120 psi, the operating control would typically be set to shut the system down at a pressure of 140 psi.

Inside many boiler controls, you’ll see a mercury switch. While some may think this is outdated technology, it’s actually an excellent type of switch for this task. First of all, it’s extremely reliable; since it works using simple physics, it’s going to work every time. Second of all, a mercury switch provides visual confirmation that the switch has been tripped, because you can literally see if it’s in the “off” or “on” position.

However, mercury is a hazardous substance. In the name of safety, newer boiler controls typically use microswitches to maintain safe operating pressures. While they are extremely reliable, they do not provide visual feedback that the switch has been tripped.

A properly calibrated firing rate controller will have high fire setting set at the lowest pressure desired on the system. That way, the boiler will be at high fire when system demand is the greatest. Low fire should be set to ensure that the burner is at minimum input when demand is reduced. To ensure proper operation and safety, it’s important to have the firing rate controller properly synchronized with the boiler operating control and high-limit control. A certified technician from WARE can help make sure everything is coordinated, calibrated, and working together properly.

Many boiler systems also include a fourth controller that affects system pressure. Known as the low fire hold controller, it is designed to make sure that the boiler is at a minimum temperature and pressure before going to full power. Just like revving a cold car engine will put undue stress on the parts inside, setting a cold or recently-started boiler to high-fire before it’s ready will cause stress in the form of thermal shock. Over time, thermal shock can cause tube and refractory damage that will result in lost efficiency and unsafe system operation.

How It All Works

TogetherHere’s how the various controllers integrate together during operation:

If you need a new controller, a new boiler, or service on your existing system, WARE has the expertise to do it right. Please contact us today.