What to Do When Your Boiler System Loses Power 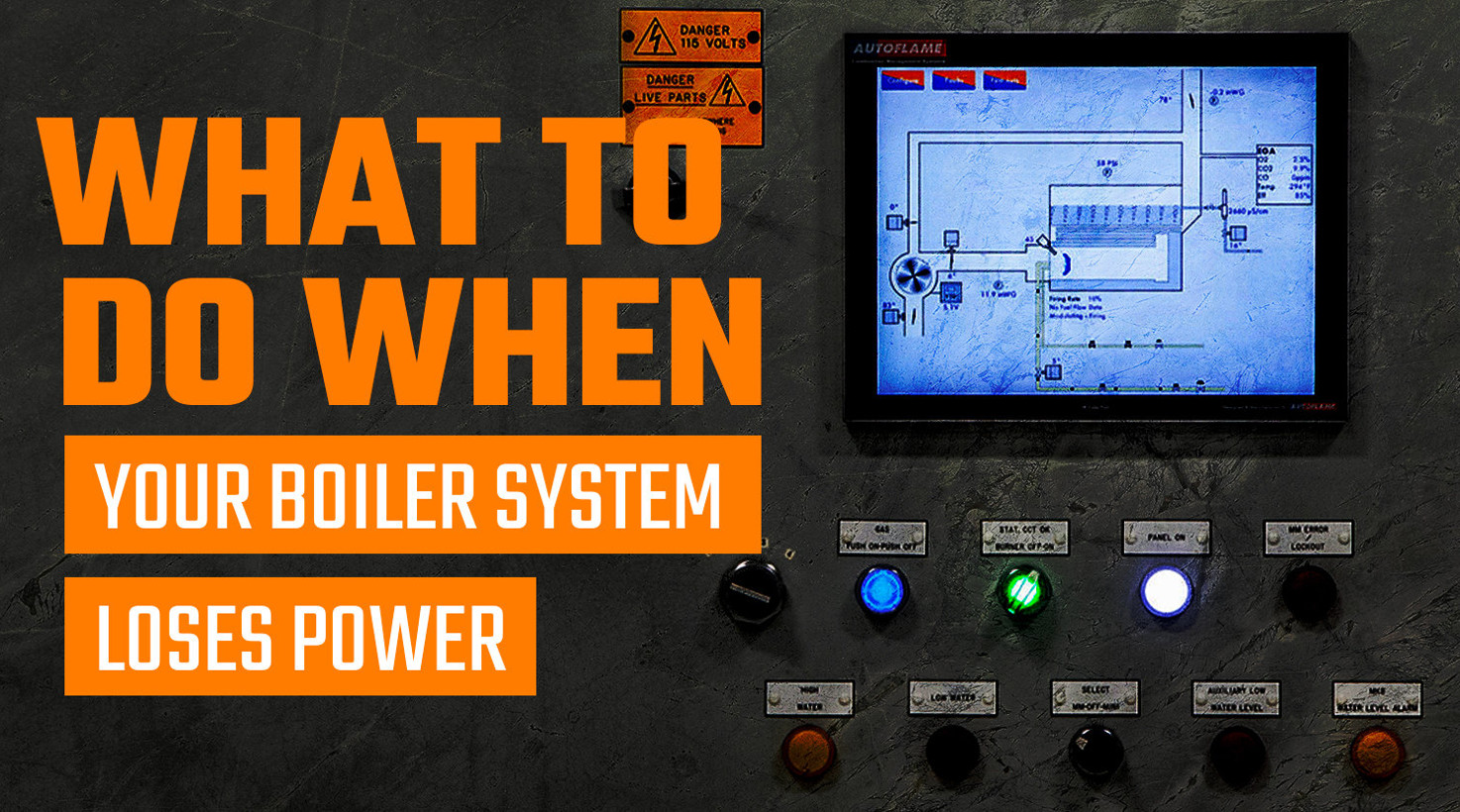 WHAT TO DO WHEN THE LIGHTS GO OUT

Buildings and facilities lose power. It’s a fact of life. Maybe it’s a lightning strike, maybe it’s the wind, maybe somebody somewhere just pushed the wrong button. No matter how it happens, it’s a hassle. But with the proper understanding of your boiler’s relationship to the electrical grid, you can be ready for the unexpected. Which means it won’t really be unexpected anymore.

While most of the boilers that WARE sells or rents run on combustible fuels like natural gas, propane or oil, some of our rental boilers and hot water boilers run exclusively on electricity. But even fuel-burning boilers require electricity to operate. After all, the key to safe and efficient boiler operation is proactive monitoring, and all those sensors, modulating valves, control system components, and displays need electricity to do their jobs. So do other crucial components, like the exhaust fans and fuel valves. When a boiler loses electrical power, therefore, it’s important to know what will happen, and what to do.

When power is lost, most boilers will automatically shut down combustion. That’s because the fuel flow is controlled by fail-safe valves that automatically close without a constant supply of electricity. However, even though the power has stopped, physics still applies. Water will still leave the boiler in the form of steam as system pressure drops.

Once power is restored, it’s time to restart the boiler. There are several important things to remember when doing this. The first is, that the water level is not likely to be normal.  Either water was lost due to steaming while the system pressure dropped, or the boiler could be flooded from a feedwater valve that was in the open position when power was lost.

Check your levels first, and make sure the water level is normal for a startup. If there’s too much water, use the blowdown valve to bring the level back down. If the level is low, carefully monitor the pumps and boiler level until the unit is back to normal.

The next thing to remember is that even though power may have been restored, the steam can’t start right away. Heat and pressure must be built up slowly to avoid thermal shock. Fire up the boiler too high, too soon, and you’re going to create metal stress, warping, and even cracking in your boiler shell and/or fire tubes. Experts recommend starting the boiler at manual low fire and letting it warm up slowly from there.

If your boiler has lost power and you want an expert to come help, just let us know. If your power outage is extensive enough that you need an emergency boiler to keep your facility running, WARE has a large inventory of them ready to go at a moment’s notice, 24/7.  If there’s anything else you need as far as service and maintenance or parts, we’re here to help.