What to Know About Feedwater 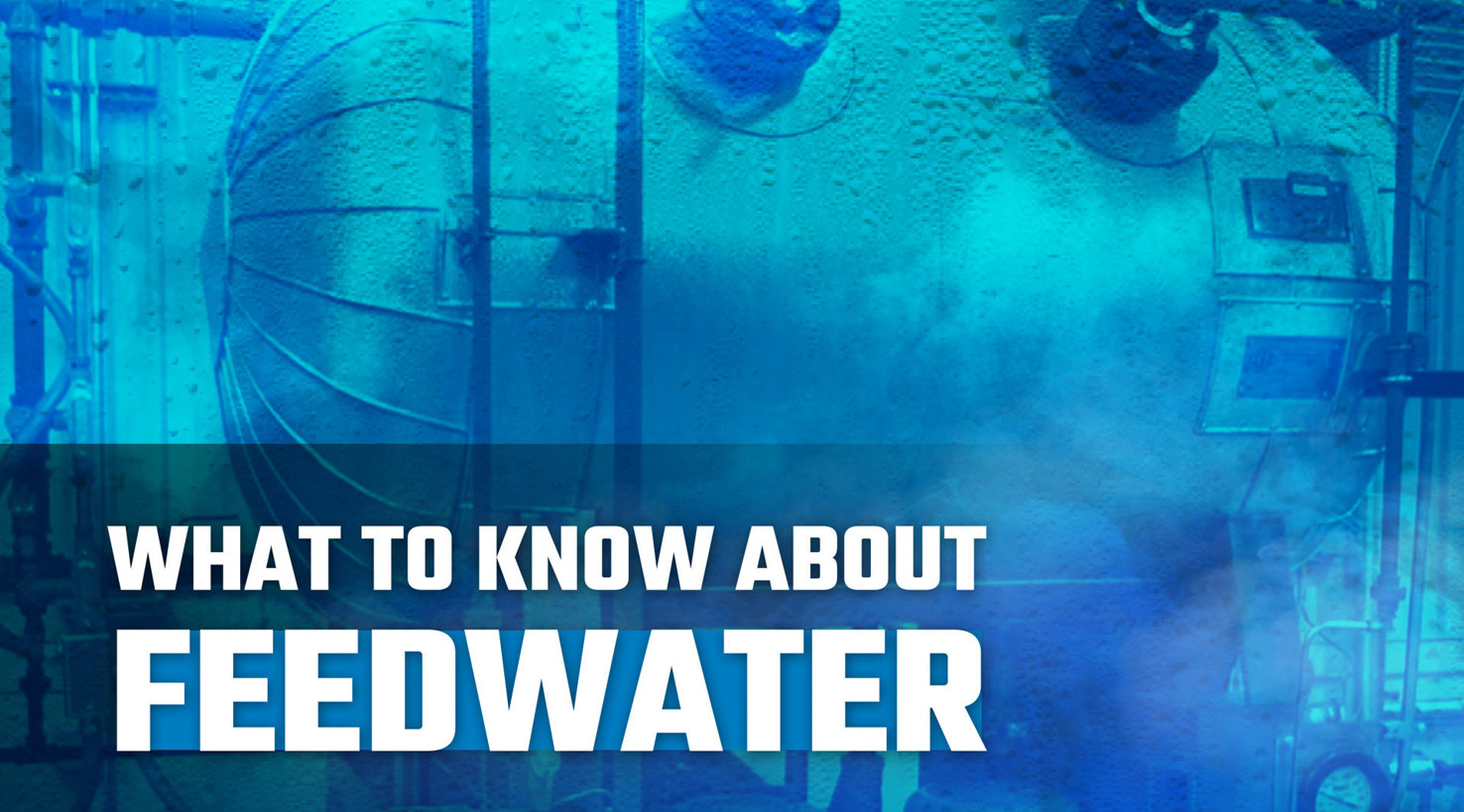 You’ve heard the term “feedwater” before, but do you know how it fits into the overall boiler picture? In simple terms, feedwater is steam that’s done its job, taken a break, and is now on its way back to work. Boilers work on the principle of phase change. During its journey through the boiler system, the water inside will be heated enough to change from a liquid to a vapor, then back to water again as it cools.

Boilers turn water into a vapor, which we know as steam, because steam is actually the most efficient state water can be in to transfer useful heat and do work. It all starts with the fire side of the boiler. The more heat is added to the boiler, the more energy the water molecules absorb. The more energy they absorb, the more they want to escape each other’s company. Eventually, the water absorbs so much heat energy that the molecules overcome the forces holding them to the other water molecules. That’s what we call the boiling point, and that’s when water turns to steam and goes to work delivering all that heat energy down the line to the end user.

When the steam reaches the end of its journey, it’s lost most of its heat. That means those water molecules lose the energy that was keeping them apart. At that point, they start to come together, or “condense” into larger and larger droplets of water. Eventually, those droplets start to pool together, and drain away to be reclaimed by the boiler’s condenser.

From the condenser, the collected water goes to the deaerator to have any excess oxygen removed from it, so that oxygen can’t cause corrosion in the boiler system. Once the deaerated condensate leaves the deaerator, it’s collected in the feedwater tank, and is now officially feedwater. And it’s ready to take another ride through the system. Any water lost during this process is made up with treated city water.

Now that you know where feedwater comes from, it’s time to understand what it does. As the boiler produces steam, that steam leaves the tank to go do its job. The more steam is generated, the lower the water level gets in the boiler tank. Once it drops below a calibrated level, feedwater has to be introduced into the boiler to replace the lost water. But it has to be done carefully; proper feedwater supply control is essential to keeping the boiler operating at top efficiency and performance.

If the operator just dumps a bunch of water into the boiler every time it gets low, that will cause the steam inside to lose its heat energy to the new feedwater, which means loss of useful steam. However, if the boiler water level is allowed to get too low, the fire tubes can begin to overheat. This overheating can cause heat stress, cracks, and even ruptures, which is bad news for any boiler. Keeping the right amount of feedwater flowing in will keep the steam cycle going, and keep the boiler working safely.

If you have any questions about feedwater supply, if you’d like to have your boiler or water checked or if you need any sort of service or maintenance, WARE is here to help. If you’re ready to upgrade to a new, more efficient, more capable boiler, we can help with that, too. Contact us and we’ll get right on it.