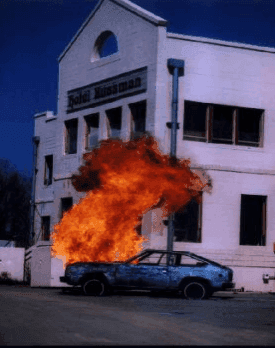 We are talking about soldier’s lives

Design, engineered and installed control system to handle all pyrotechnics at facility. Ware also built the pyrotechnic devices. The system was built to work under conditions that were completely unique. Vaporized propane was used because it was a lot easier to control and since propane wants to hold to the ground, it was easier and safer to create the mushroom or fireball effect. Propane would be shot up into the air to create a bellow back down to the ground, creating a spectacular effect. WARE engineers and system consultants re-worked the original design plans and were able to create an exploding gas station, burning buildings and exploding cars that performed safely and reliably. Portable systems were also built to move throughout the facility to help create an environment that was not the same every time.