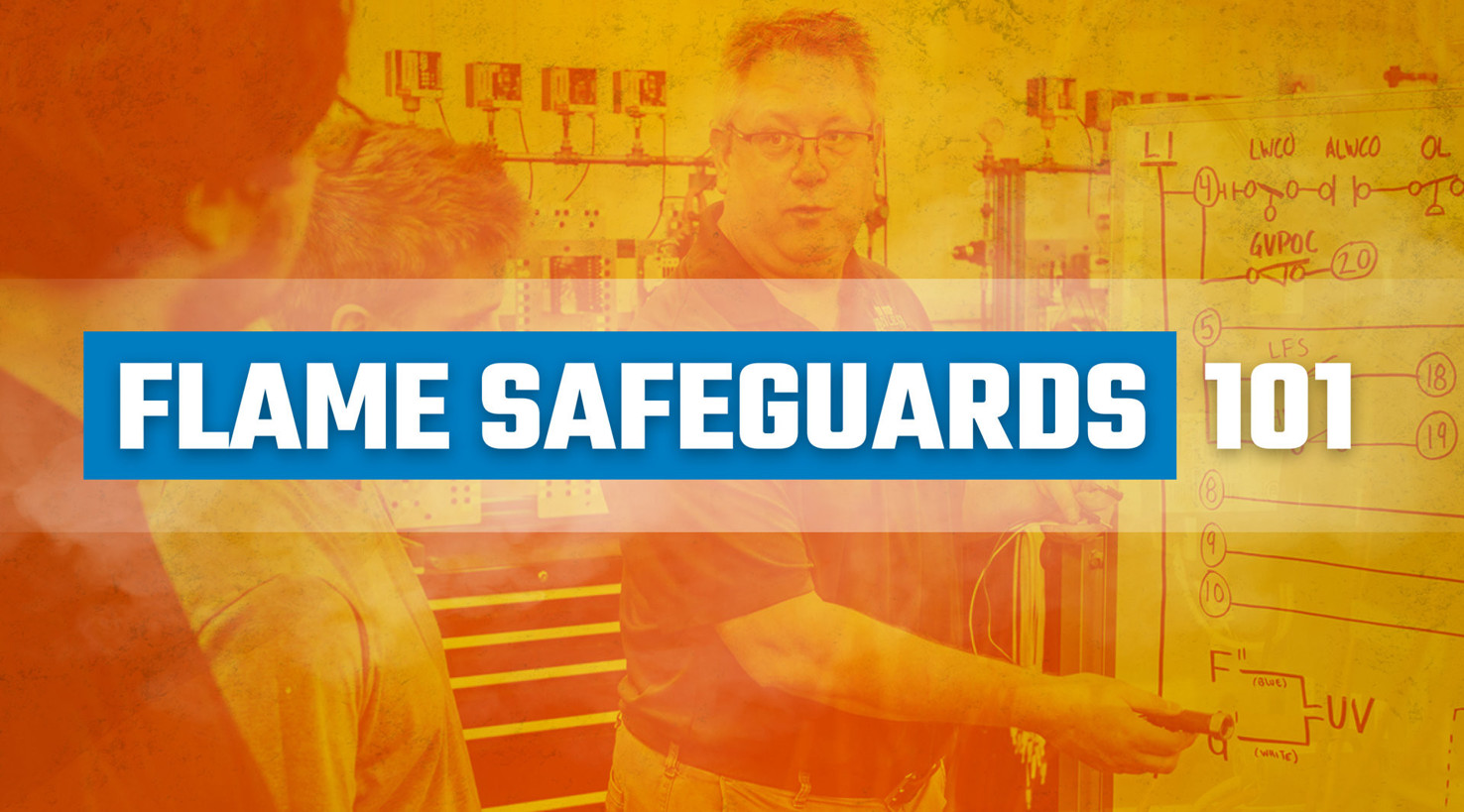 It’s time for a fire side chat. Specifically, about the flame inside the fire side. As every boiler fan knows, it takes heat to make steam. That heat usually comes in the form of combustible fuel including natural gas, propane, or oil. But if that flame’s not managed properly, it can waste a lot of energy. Or worse.

Proper flame control is essential to the safe and efficient operation of any boiler. One of the most important pieces of equipment involved in flame control is the flame safeguard. The flame safeguard is there to make sure the boiler is firing when it’s supposed to, and extinguished when it’s not in use. This is especially important during load changes, startup, and shutdown, but it’s also important during regular use as well.

KEEP AN EYE ON IT

During daily operation, the flame safeguard helps ensure that the boiler operates safely. After all, it’s right there in the name. Flame Safeguard. Basically, it’s there to stop the flow of fuel if a flame is not present. Without proper monitoring, an operator might not realize that the flame isn’t there, which could result in a lot of unburned fuel collecting in the flame side, especially during startup. If enough of that unburned fuel builds up, and reaches another ignition source, it will create an explosion. And nobody wants that.

THE WAY IT WORKS

Today’s flame safeguards can use several different types of technology, but they all basically serve the same purpose: they turn light energy into electrical current. The presence or absence of this current is what tells the control and monitoring systems whether or not a flame is present.

UV Flame Safeguards detect the presence of ultraviolet light, and are tuned to detect the specific spectrum of UV light emitted by whatever is used to fuel the boiler.

Infrared Flame Safeguards detect heat in the form of infrared light. Unfortunately, they can sometimes mistakenly misinterpret the hot surfaces inside the fire side as being actual flames.

Photocell Flame Safeguards detect the visible light emitted by the flame, and stop the fuel flow if no light is present.

If you’re having issues with your flame safeguard, or just want to be sure it’s working properly, the trained technicians at WARE are here to help. Contact us, and we’ll help make sure your boiler is totally lit. Properly.